Animal Insemination Centre (MCB) in Krasne has The European Union Licence EU 18161901 as the first centre in Poland. The region of its activity consists of 4 voivodeships: malopolskie, opolskie, podkarpackie and slaskie. This region is characterised by beautiful landscape and wonderfull tourism, the national culture and variety of folclor. Its agriculture differentiateŁ either in area or in production. The area is rich in greenland, what predestines it to produce milk cattle and also high quality beef. MCB in Krasne fullfills all needs of such differentiated agriculture, offering genetic material of the highest quality in all breeds. The scale of inseminating services throughout a year is as follows: - insemination of cows and heifers - 250,000 - insemination of sows - 90,000 - insemination of bees - 9,000 - a low scale of insemination of goats and rabbits. 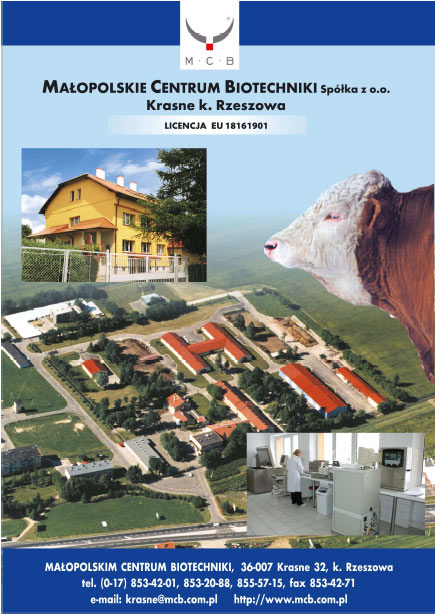